It was during my return to the UK in 2017, that my life changed forever. With the passing of mum, the sale of our family home, and the resignation from my job, I knew that a fresh chapter in my life had dawned. Even up to that point, I’d still bought into the lie that we needed to work for others to validate our existence. The truth is that we don’t, if only we take the time to explore our true potential and have the guts to tap into it, as Anthony Robbins teaches so well in his amazing programs: Unleash The Power Within and Date With Destiny.

Having been fortunate enough to attend UPW with my friend, Geoff Strudwick, a few years earlier, (where, amongst other things, we’d completed a Fire Walk over scolding hot coals), I’d finally acquired the courage and resources to go it alone in following my destiny. I spent the next two years completing my novel, building up my network of local and global friends, working out, running on the beach, and researching all my favorite subjects. After self-publishing, The Tora Legacy in April 2019, I was delighted to see sales flow on five continents of the world. Admittedly, the income wasn’t great, but just knowing that I was providing entertainment and sharing spiritual insights with people across the globe was extremely satisfying.

At the same time, I discovered the wonderful world of YouTube, which I started watching a couple of hours every day. What astonished me about YouTube was that it gave access to alternative sources information which appeared totally at odds with that propagated by the MSM, which always projected a very bland, dismal, contentious, and negative world view. The focus always seemed to be on war, violence, conflict, global calamities, and the daily struggle for survival. On the other hand, there was so much sensationalist garbage on YouTube, the majority of which I swiftly learned to dismiss. However, I encountered certain channels, upon which the hosts shared consistent, credible information and similar perspectives. Amongst these were The Edge of Wonder, X22-Reports, And We Know, Brooks Agnew, Orion Rising, Destroying the Illusion, and The Kate Awakening. I also joined numerous Facebook groups, within which I was I was delighted to encounter thousands of like-minded people, who had also awoken or were in the process of awaking.

It was during this time that I heard references to The Secret Space Program (SSP). Intrigued, I decided to delve deeper into this subject. I soon encountered SSP insiders, such as Corey Goode and Emery Smith, together with highly respected and educated authors, like Dr Michael Salla. Together, they claimed that since the days of WWII (1939-45), and the Roswell Incident of 1947, the US governments and others have acquired advanced technology which was back-engineered to catapulted our own technology hundreds, if not thousands, of years ahead of its time. Furthermore, they claimed that this technology had been commandeered by the Military-Industrial Complex (MIC) controlled by a corrupt global elite and has been deliberately withheld from the global population.

They also claim that the MIC and certain global governments have already colonized the Moon, Mars, other celestial bodies of our Solar System, and even the planets of other star systems. I was fascinated to learn that people like Corey Goode, Emery Smith, and David Wilcock (one of my long-term favorite author/presenters) were members of a wider Disclosure Community, who believe that humanity, is currently transitioning towards higher 4th and 5th density consciousness. Check out the superb documentary movie productions, such as Above Majestic and The Cosmic Secret, directed by Corey Goode and Roger Richards. What also struck me as interesting was that members of the Disclosure Community were describing similar technologies to those described over a seven-year period in The Tora Legacy. While I’d been thinking those technologies were perhaps too advanced even for the people of the 23rd Century, members of the Disclosure Community were claiming that certain global governments, or more accurately, corporations already possessed them.

The more I learned about the SSP, the more I felt compelled to write a 2nd (this time, contemporary) Sci-fi novel, centered upon the various SSPs. Meantime, I’d begun to friend members of the Disclosure Community, including Ben Chasteen and Rob Counts of Edge of Wonder, and SSP insider, Emery Smith. Ben and Rob are amazing! Even though they live and work in New York and were extremely busy with their popular YouTube channel, The Edge of Wonder, they always took the time to acknowledge me and chat with me on Messenger. I was impressed with their openness, dedication, and sincerity, and excited to hear their announcement that they would be hosting the Dimensions of Disclosure three-day event, in sunny Ventura, California, in August 2019. Having always wanted to visit California, I didn’t hesitate to book my access pass, return flight to LA, and accommodation at the Marriott, Ventura, CA.

I cannot begin to describe the magical 3 days spent at DOD. I bumped into Ben and Rob within 10 minutes of arriving at the Marriott. They turned out to be exactly as I’d perceived them from The Edge of Wonder, and very friendly, despite working flat out as event hosts and presenters, plus running their own EOW live streams. I also started to make lots of amazing new friends from the moment I arrived at the hotel. I’m still connected with many of these people a year later and feel confident we’ll maintain lifetime friendships. It’s difficult to describe, but from the moment I arrived at the Marriott, I realized I was attending a star seed reunion; we were like one big open and friendly family. Somehow, Ben and Rob had reached across the world to draw us all together for what turned out to be the most amazing event of my life!

Later that eve, I sat down to dinner with James Gilliland (of ECETI Ranch), and Clifford Mahooty, (a wise Zuni Tribal Elder), two DOD presenters, who immediately began to astonish me with their amazing stories and wisdom. I was later to meet other awesome presenters, such as Laura Eisenhower, (Great, Great Granddaughter of the late President Eisenhower), John DeSouza, (former FBI Investigator and original X-man), Jordan Sather (Destroying the Illusion), and Dr Michael Salla (Author of an amazing series of books about the SSP). Meanwhile, the event itself was the biggest red pill of my life. In addition to the presenters mentioned, we got to listen to the likes of Corey Goode, David and Elizabeth Wilcock, Sacha Stone, and Robert David Steele (Former CIA Agent), and many more. All were so professionally researched and presented. By the end of the conference, they had confirmed to me beyond all doubt that: our world has been controlled by an evil, satanic cabal for many thousands of years; our financial systems have been deliberately set up to enslave us, and practically everything we’ve ever been taught is a lie. On the plus side, they also confirmed that: our star system is currently under the bombardment of powerful cosmic energies which are causing a mass awakening of consciousness; we are fast approaching a major cosmic event that will change Earth and humanity forever, and an Alliance of very powerful people (Including the current POTUS and his Administration) are working hard to drain the swamp and return control of planet Earth to her people.

To top off the best 3 days of my life, I took the Amtrak down to San Diego, (a city I’d wanted to visit since early childhood). I stayed at the Hyatt-Regency Hotel, Mission Bay, where I received a complimentary upgrade to a luxury room with an awesome balcony view over the bay and the US Navy flight path into San Diego. On my very first night, I saw what I can only describe as some type of an antigravitic vehicle, which travelled slowly along the flight path, and almost certainly belonged to the US Navy. I have a great photo of it which I’ll share separately. Again, I met so many amazing people, both in San Diego and on a day trip to Baja California, Mexico, many of whom I’m also still in contact with today.

Before heading to California at the end of August 2019, I’d sensed that major global events were about to plague the world; so much so, that I warned my local friends they may well commence while I was in California. To an extent, I was right, since California did experience terrible wildfires last year, but it was in the current year (2020) that global events have really ramped up. In Australia, we’ve been plagued by drought, bush fires, and floods, while similar crazy events have been occurring all over the world, including the Corona Virus, lockdowns, mass protests, and riots. The whole world has been thrown into turmoil; nowhere more so than in the US, where, of course, Americans are now fast approaching the most contentious election in history.

I did, however, get to catch up with Ben Chasteen, Rob Counts, James Gilliland, and Jordan Sather at Disclosure Downunder, a miniature DOD event, in Jan 2020. This also included John Vivanco (remote viewer) and Peter Slattery (our own home-grown Aussie Disclosure Champion), all of whom I got to meet and had some amazing chats with. It was shortly after this that I had what turned out to be a prophetic dream about a future version of me. In this dream, I was discussing all the things learned at DOD and Disclosure Downunder. To my amazement, the dream came true only a few months later, when I found myself talking on zoom panels, YouTube shows, moderating in Fb groups, creating/administering my own 5-Eyes Patriot Fb group, and even appearing on a mainstream TV show (yet to be aired). At the same time, I’m slowly working my way through my 2nd Sci-Fi novel which will hopefully be completed in 2021. All a little overwhelming, but which, together, confirm to me the reason for some of the crazy life experiences and lessons I’ve previously encountered.

I’ve no idea where all of this is leading me, but what I can say with confidence is that major global events are currently in full swing. I know where my loyalties lie. I just hope that everyone takes the time to seriously consider the issues at stake and chooses to follow a life path in accordance with their own destiny. In the meantime, I’ve had two lucid dreams in which I’ve received encouragement from members of the Global Alliance. In one of those dreams, I was warned to put on The Armor of God to go with my sword (in my case, the written and spoken word), to assist in the fight for global justice. I can’t be sure how precisely this is going to pan out, but I am certain that the storm is upon us, we are currently transitioning towards 4th & 5th density consciousness, the best is yet to come!!! 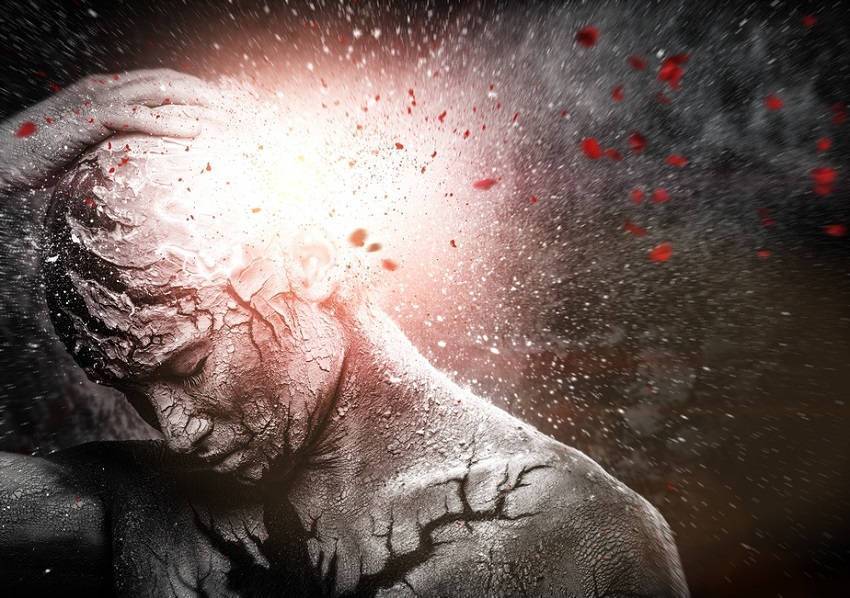