In part one and two

In Part one, I talked about meeting with beings wearing specific gold colored garb before coming here, and in part two I mentioned a relative’s experience with an amber or gold-ish light in the hallway, as well as a possible spiritual intervention.

Today, I want to share with you one of the most amazing things that has ever happened to me. This story will amaze some, and elicit a B.S. response from others. I share this story only for those that are open minded, and whom might have had similar experiences in their lives, in the hopes that others will come forward to share their amazing experiences as well.

This story takes place when I was about 25 years old, between Christmas, and new year’s. It was late at night (just after midnight I think), and we (my ex-wife and myself) were driving back to our home in western Massachusetts. It was a clear night, with no precipitation, and fairly light traffic. We started to approach this car in front of us. The car was a white Pontiac 6000, with a huge back window as depicted here. 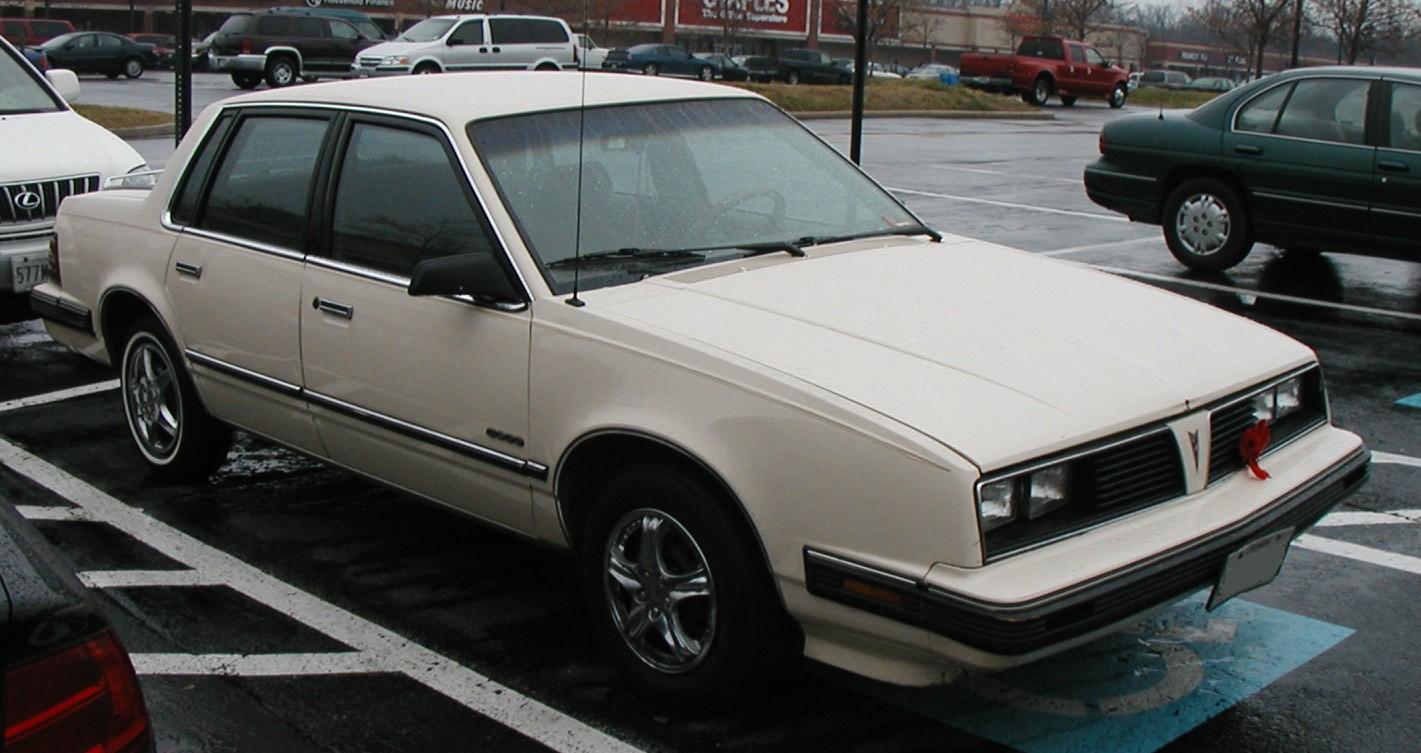 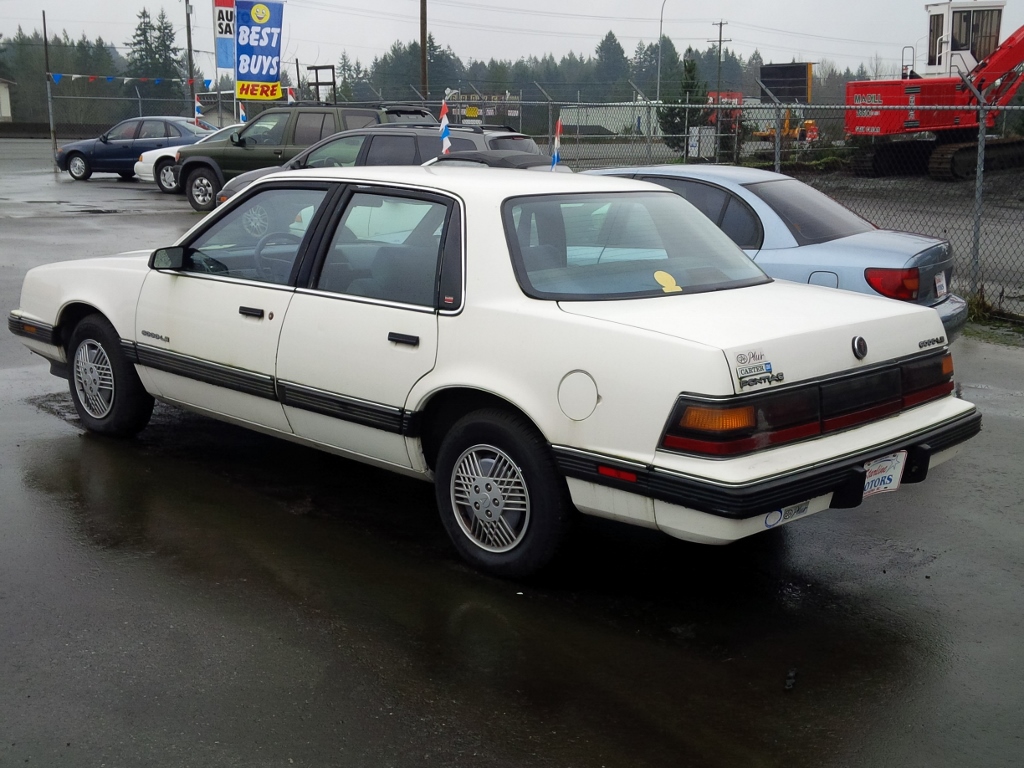 This was an older all metal car (although brand new at the time), which was kind of a larger 4 door model for the time. Once we approached the car from behind on the highway, we both immediately noticed, what looked like two figures dressed in what looked like costumes, but there was something off about them. They both had very bright clothing, as if they were shimmering, and their suits were a gold-ish color, and seemed to be shimmering, glowing or something. Both a male and female figure, with bright white hair as well. It was white, but sort of translucent. It was very weird to say the least. We thought maybe reflective wigs, and costumes, from our headlights or something, but really illuminated.

We both saw four people in the car

We saw two people in the front of the car, and the two peculiar looking folks in their holiday costumes in the back. Almost as soon as we both notice those figures, in the back seat, the car jerked its wheel to the right, and then immediately to the left (as if done on purpose), and the car began flipping over and over again on the side keeping the people inside seemingly under centrifugal force. My heart is racing just reliving this scene in my mind as I type this out. I see the images in my mind clearer than I have in years.

The car came to rest on its side on the right side of the road, still on the pavement in the breakdown lane, but the road was fairly level on this spot, with no rails on the side of the road because of the grade being level, and plenty of room after the pavement, so there was no embankment.  This is roughly the spot, but it was in total darkness minus my headlights I think, but I parked a bit away from the car (behind it), so it was still hard to see as I remember it. 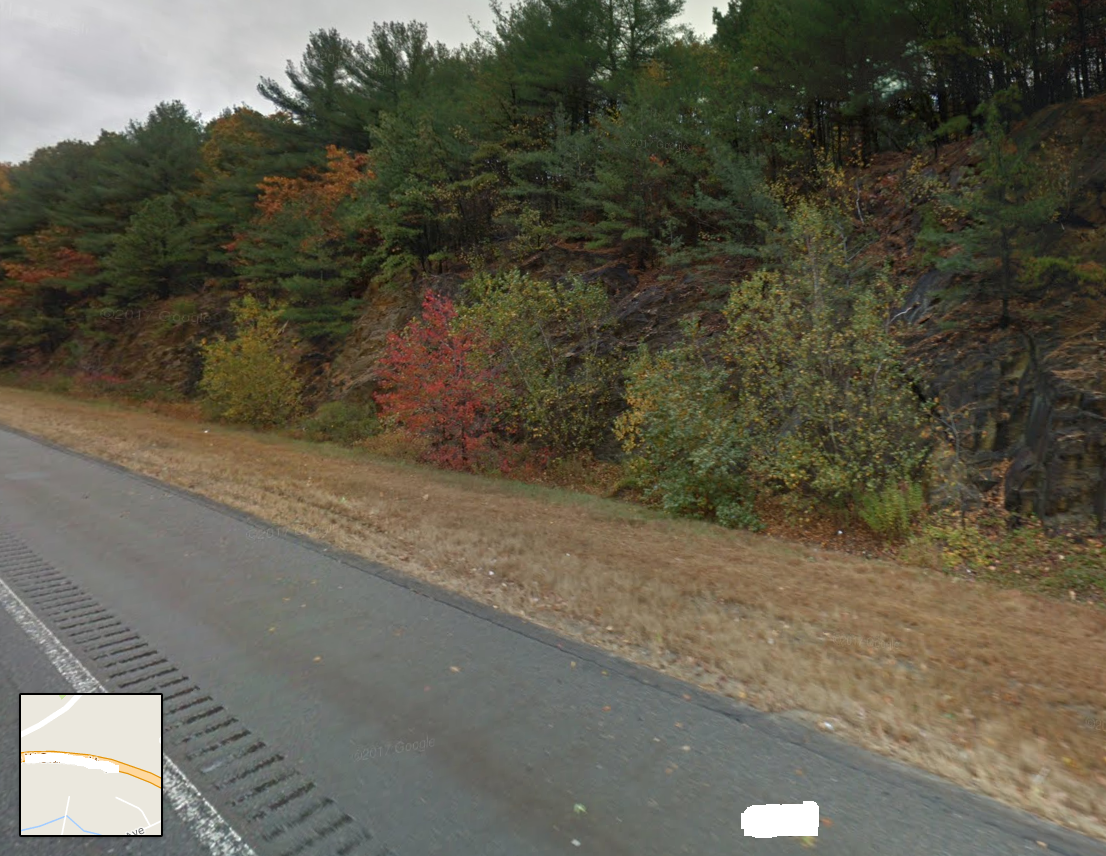 I pulled over away behind the car

I pulled over away behind the car..  as it sat on the side of the road, now on it’s side with the roof facing the street, and the tires facing the shoulder. The scene is getting even more vivid in my mind as I type this (images flashing in my mind). I guess typing it out is bringing this back into my consciousness even more that it has been in the past.

Anyway, me and my ex-wife (wife at the time) both instinctively jumped out of our car, and ran to the vehicle. We could immediately smell gas, and what sounded like gas or water dripping onto the tail pipe. We were immediately concerned over the possibility of this catching on fire. I asked them if they were alert “Hey, can you hear me?”, “Are you all okay?” They responded with “we are okay!”. I said how many people are in the Car? They said “two!” … “Me and my wife!” the man said. I said No, we both saw at least four people, two in the front, and two older folks in the back. They man said “no, just me and my wife, can you help us?” I said to my wife at the same time, “they must have hit their heads and are not cognizant enough to answer properly.” Which Is likely what happened to them I thought.

We smell gas, but it’s too dark to make out what’s going on 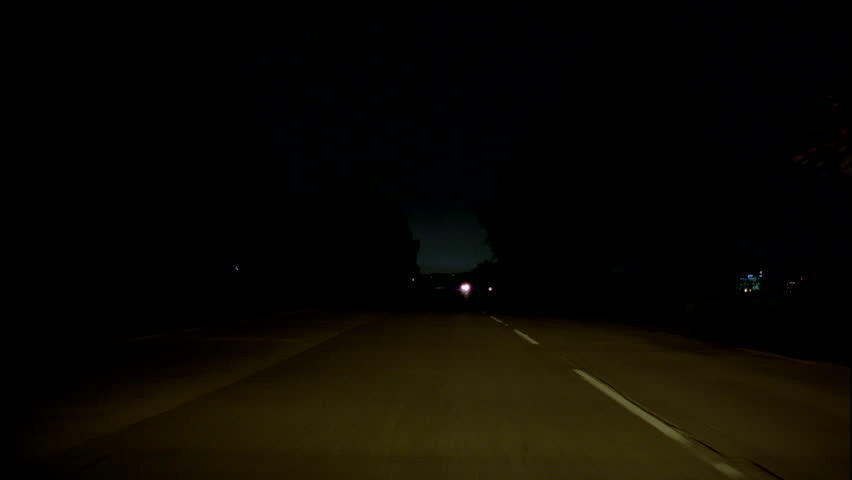 Anyway, I immediately said, we smell gas, and feel it may ignite, and the car is sort of leaning toward the roof, but we have to do something I think. My wife kept trying to flag people down to try and help, and we both tried to push the car on the wheels sort of testing it a bit, but no go with a basic push.

The sound of the gas increasing I started to panic a bit. No one was pulling over to help, but there weren’t too many cars in the area either that late at night. Also, there was no such thing as a cellphone back then either. Still I was surprised no one stopped for the few cars that did come by. Anyway, I asked the man if his window was down on the driver’s side, and he said yes, or it was already down before the flip.

The car was exactly like this video, on its side, and ready to come over on the hood. I wasn’t sure if the weight of the car would crush them if it came on the roof, or if it was going to catch on fire or what, like I’ve always seen in the movies. Take a look at this video and the process they have to go through to get a car back stable before getting the occupants out in a normal rescue scene. So, to say the least, I wasn’t about to try climbing up there anyway, as it could cause the car to flip over on the hood.

As you can see in this video, it takes a tow truck winch, to get a car back onto its feet, and this one is much lighter than the old all metals cars. Notice the chain let go on the first try because of the force it takes. These cables pull cars and trucks up onto flatbeds.

Not an easy task

As you can see, it is not an easy task at all to get a car back onto its wheels after a flip like this. Anyway, so I was in this panic, and decided to try to use my strength (I was working out a lot at the time [but I’ve never been a huge person]) to try to squat the car back onto its wheels (something told me to give it a try, so I did). I told the occupants at the time, to hold on and that I would try to push it over this way if they agreed. They agreed for me to try it given the gas leak, and the risk of fire with no one there. I first asked them if there was any way they could try to climb out the other side, and they said they couldn’t get loose of the belts and were locked in because of the weight or something.

So, I said “alright hold on then”, and I grabbed the window-well, got down into a squat position facing the car, and began to lift the car onto the edges of the wheel, and then back over and onto its wheels. I saw the occupants get thrust about inside the car a bit, which I didn’t actually think would happen. However, they seemed like they were okay, and were luckily wearing their seat-belts. I said my god, are you okay, can you get out just to be sure this car doesn’t catch a blaze? No answer at all, but they extended a hand one at a time, and both came out the same side.

I was able to pull them both from the car easily, once the car came to rest back on its wheels. The car was now half on the breakdown lane, and half on the grass. We both (myself, and my ex) looked in amazement at this four-door sedan when it was on the wheels, as there really was only two occupants in the front seat, and absolutely no one in the back seat as we had both thought.

And wouldn’t you know, out of nowhere comes this cruiser after we’d all just walked away from this car to be safe, and the officer came up very slowly and asked “what happened?” I was about to answer, when the officer interrupted me, and said “um … you can go now”! 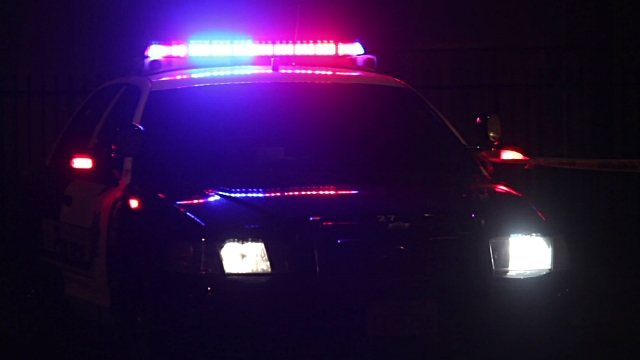 I was like “what?” “Don’t you want a witness statement?” He said NO, you can go now even more aggressively!  I’ll never forget that part, as it seemed so very odd to me.

I felt the same eerie feeling like when we both saw these strange glowing figures in the back seat of the car. Could it have been angels in the back seat, or some other kind of entities? Did the driver jerk the wheel like that because they fell asleep, or was it intentional, or was it potentially in response to those entities we saw appearing in the back seat? When I pulled the people from the car, there was no thanks, and no talking at all from either of them. That was weird too I thought,  but maybe they were both in shock.

No time to ask questions

We had no time to even ask a question, because by the time we pulled them out, this officer shows up out of nowhere, and wouldn’t take any explanations, or ask us questions…  nor were we allowed to ask the driver any questions. So, we just left feeling like we had done all we could to help out. It wasn’t until I got home, that I realized what had just happened, and that the feat of pulling a car leaning all of its weight toward the hood, was a fairly impossible task for one person.

To this day, I have no idea what happened, or why it happened, and how I was able to muster up the strength to pull this off. I think back now to the two entities I remember seeing before I came here, and the way they looked, and immediately felt as though they were somewhat similar, although the ones in the car were more etched into my mind as to the details, and brightness of their clothing. It seemed like the same gold-ish shimmering clothing though.

Have any of you ever had experiences similar to that, if so please send me a message, or sign up and comment on my story.