My own esoteric experiences – Part One

Today I wanted to share something that I’ve not shared with many people over the years. I have no idea why I still remember this, or what the purpose of this Esoteric story is, but I wanted to start out sharing one of my own personal stories today. I’ll have subsequent stores to tell, all building on each other, to share with you all. These stories will all lead to why I’ve decided to get into the Esoteric, and truth-seeking arena after all these years.

This story starts my journey of self-discovery, and faith. This particular memory has stayed with me all these years, and I’m still not 100% sure why that is. At this point I sometimes wonder if it was a true memory or not, but I have no other explanation for it. For whatever it is, it has stuck with me my entire life since birth, and it continues to have a great impact on my life and my faith.

So, the story goes like this, and it starts before I was born. I remember being out in the universe somewhere; just exploring and having fun.  There was some kind of a call I remember, like a telepathic voice of some sort saying there was a need for help somewhere. I immediately set my attention to the location in need, and remembered immediately being transported there virtually in an instant. Then my memory skips to a meeting of some sort, where there were two entities standing before me, with some kind of documentation or something was being reviewed. It’s not clear in my mind the media that was used, it was more of a knowing about what the object represented than anything.

There were two entities

These two entities, as I remember, were dressed in some kind of golden suit or clothing. I can no longer make out the details in my mind, but I do remember they were shimmering gold, and sort of a glowing energy to it. This detail will be important to remember for future stories I have to share.

The documentation as I knew it, was some kind of a plan that I had to agree to. Then my memory skips again to just after I reviewed this plan (almost as if this memory lapse was on purpose while I’m living this life). I was then asked by the two entities if I agreed to this plan. I said yes. They kept asking if I was sure I was ready for this, and I said YES! I seemed very enthusiastic about it at the time.

In that very moment, I seemed to be sent through some kind of tunnel, and while I was going through it, I ended up enveloped in this amazingly brilliant white light which kept increasing in intensity. As I entered further into this light, I remember two things, one was a very high vibration, and the other was this overwhelming feeling of love. The light got so bright I couldn’t see. Then next… I remember the white light slowly going away, or at least settling down so I could make out my surroundings. I then remember being placed into the bed they had prepared in the hospital. I still remember catching a glimpse of the padding inside.

I remember that I felt as though I was very happy to be here, and looking forward to the plan I had agreed to. For whatever reason, I do not remember the plan or the reasons I chose to come here for this lifetime. So again, I’m not sure this remembrance serves any purpose, or if it was something I dreamed up as a small child, but all I can say is: I remember it to this day, and it feels as real as ever.

The beginning of my spiritual path

So, I feel this is what started my main interest in the unknown, and is the reason I tend to keep an open mind about Esoteric, or truth-seeking subjects. This remembrance gives me peace in times of struggle, and strength in times of weakness. I draw strength from this memory anytime I need to remember that there is something on the other side, and something that rises above all else, no matter how hard this life gets. What I would get into over many years because of this memory leaving me open minded, would eventually change my life and my perspective forever.

So, I will close this article here, and continue each different story in new articles, as the bigger picture builds, one on top of the other. Some seemingly more related than the others, but definitely related in some way. I have no idea if this really happened or not, but the one thing that is absolute truth, is the memory has been there for as long as I can remember.

Have any of you had similar remembrances of life before birth?

Here are a few stories I could find online. These are from this blog which was run by Dr. Wayne Dyer (the source of the info below is from this link):

My book Memories of Heaven is divided into 8 sections which beautifully evidence the existence of Heaven, Past Lives, Choosing Parents, Angel Stories and Spiritual Connections to Our Source amongst others.

Here are just a few of the thousands of stories I received from parents whose children are very much aware that they chose them.

One night at dinner, our younger foster/adopted son (he was around four years old) started talking at great length about his life “in the stars” and how he had all these brothers and sisters who lived there. He said he’d seen my husband and me from there and tried to get our attention many times but we never could see him, so he decided to be born through his mom so we could find him.

My husband and I were floored to say the least. I’d had a few miscarriages after my first son, so once my younger son told us what he’d seen, I knew his soul had been trying to come in through me even though my body was not able to do it.

Very seriously, my son placed his hands on either side of my face, locked his crystal blue eyes with mine, and said, “Mommy! I love you more because I picked you while I was in heaven.”
Needless to say, he won the game.

At the age of five, my younger son announced out of the blue that he had chosen my wife and me to be his parents. Intrigued, my wife asked how he had done this. He matter-of-factly stated that while he was in heaven before he was born, he had been allowed to go through one door to pick his parents, and through another door to select his brothers and sisters. We were not churchgoers, and have no knowledge of his having obtained this idea from any external source.

My son constantly talks about how excited he was as a baby in my belly, waiting for me; how scared he was to come out; and how happy he was to finally see my face. I always thought he was being creative.

He had hearing problems as a child, which were remedied with a surgery. When he came out of the anesthesia, I sang to him. He grabbed my face, eyes wide, and said, “Mommy! Your voice is so beautiful! This was the voice I chose!” Again, I thought he was just telling stories, hearing other people share their experiences makes me think there was more going on than I thought, though.

When my daughter was about three years old, she mentioned in a conversation that she liked it when she was in heaven! I was a little sad that day because she had told me that she wished her daddy was home with us, like other children (we got divorced when she was a newborn).

Then she said, “But that’s okay, because I knew it would be like this.”
I asked her what she meant by that, and she answered, “Mommy, when I was in heaven, I picked you. And I knew we were going to be alone, so that’s okay. Don’t worry, Mommy, I love you so much.” That was so amazing for me to hear.

If Heaven Is Real, What Are We Doing Here?

To report this post you need to login first.
Tags: #esoteric #getesoteric

2 thoughts on “My own esoteric experiences – Part One – The remembrance!” 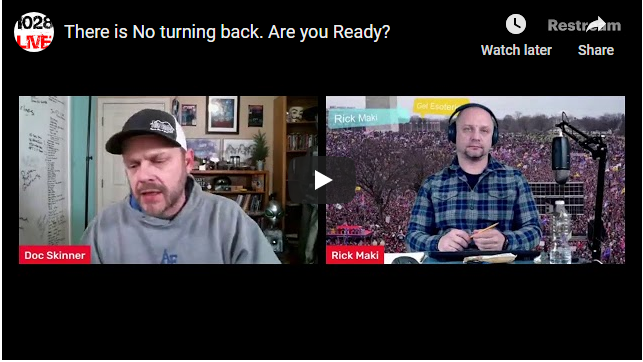 There is No turning back. Are you Ready? 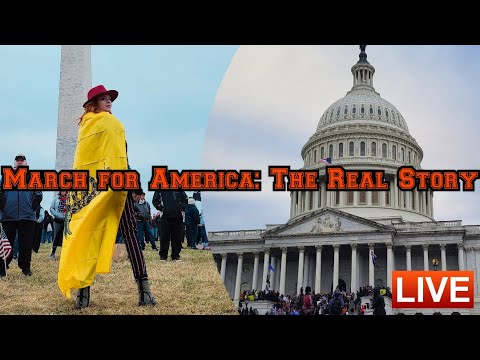 March for America: The Real Story 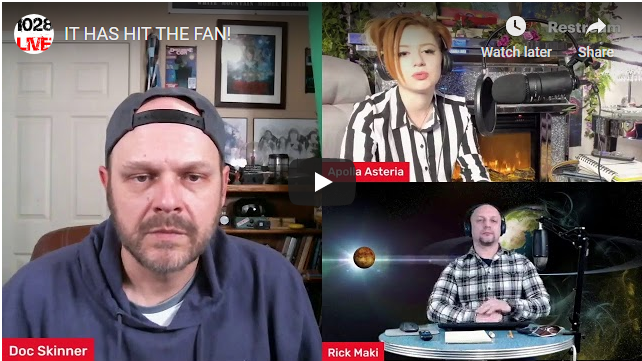 It has hit the fan!

There is No turning back. Are you Ready?

March for America: The Real Story

It has hit the fan!